2017
The Liveliest Lomographic Year on Record!

Millions of Lomographers from every corner of the planet have come together over the last quarter century to build an unstoppable movement — Lomography! This year we celebrate 25 years of happy mistakes, light leaks, fabulous film experiments, exhibitions in Gallery Stores, museums, living rooms and street corners! What’s more, we made history by setting up the biggest global LomoWall exhibition, ever! And we’re still adding more material to it each and every day!

Our top 5 most used emojis show that 2017 was alright for some, eh! Let’s keep those positive vibes flowing throughout 2018 shall we! ;)

Our Most Popular Articles from 2017 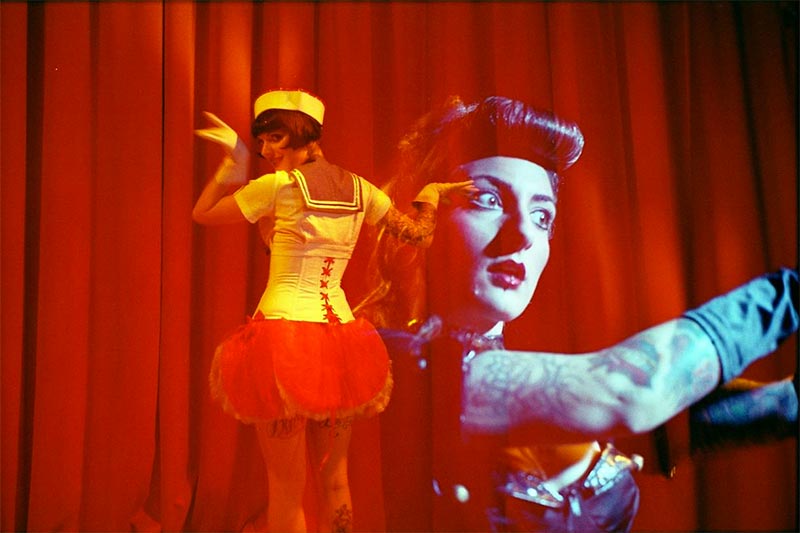 To celebrate our 25th anniversary, we honored 25 of the most iconic Lomographers. Aurelio Laloni (a.k.a Superlighter) ticked off his 20th year in Lomography! It’s fair to say his contributions over the years have been nothing short of stunning, have a look for yourself in the Lomography Magazine. 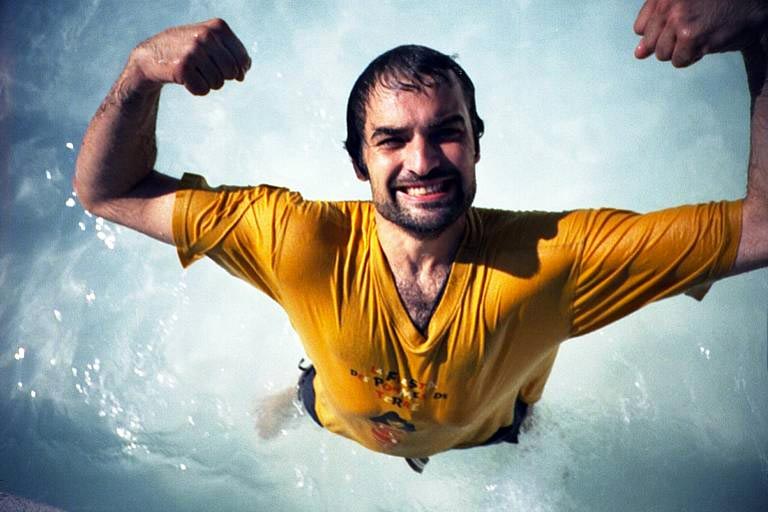 When we asked long time Lomography veteran, Stéphane Heinz, (a.k.a. Vicuna) to give first time Lomographers some creative advice he said "Don't think too much about what you want to create, and don't be obsessed with perfection … Shoot, shoot and shoot again!" Check out popular shots in the Lomography Magazine..

Julija Svetlova (a.k.a Neja) joined Lomography in 2002 and she’s been playing around with the LC-A, the Supersampler and Actionsampler, and Holga ever since. Take a peek at her awesome experiments in the Lomography Magazine. 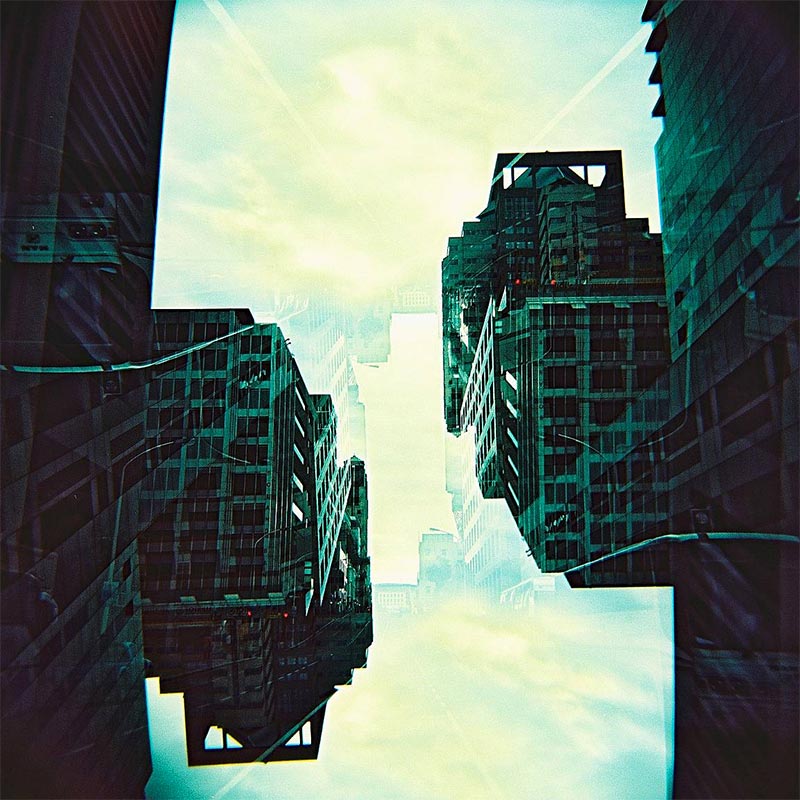 THE TEN AND ONE AWARDS

Our TEN AND ONE Annual Lomography Photo Awards is the world’s biggest competition for the experimental photography scene. The entries we received this year were truly extraordinary. Have a look at what the 2017 winners got up to when they gathered at Lomography HQ in Vienna for a fun filled annual residency program!

Our Most Popular Film of 2017 was LomoChrome Purple!

When the LomoChrome Purple Film was first introduced it sold out immediately. After a brief little creative hiatus, we came back with a brand new, even better formula, and we made it available in more formats too: 35mm, 120, and Super 8. As expected, it was a huge hit!

Lomographer’s all over the planet took the purple plunge in 2017, keeping it super surreal with new, even trippier LomoChrome Purple Film. Check out their awesome shots!

Wahey! Another Kickstarter success story! The world’s first fully analogue camera to use Instax Square and Mini film rocketed into life in the short space of four weeks! We had a whirlwind of a time getting this little baby onto its feet, and we’re not the only ones enjoying the creative superpowers of the square — check out American rock band Portugal. The Man’s raving review in the Lomography Magazine.

Inspired by wanderlust, the world’s most creative instant camera took the photography scene by storm with four new distinct styles: the ultra vibrant Lomo’Instant Murano, the tropical Lomo’Instant Panama, the glamourous Lomo’Instant Yangon, and the smart-suited and booted Lomo’Instant Oxford.

Our annual analogue gala dedicated to fun parties, workshops and exhibits, exclusive treats, and other awesome events — made even more special with the launch of the Lomo’Instant Automat Glass!

Our 3rd Most Watched Video from 2017 – an Extraordinarily Creative Automat 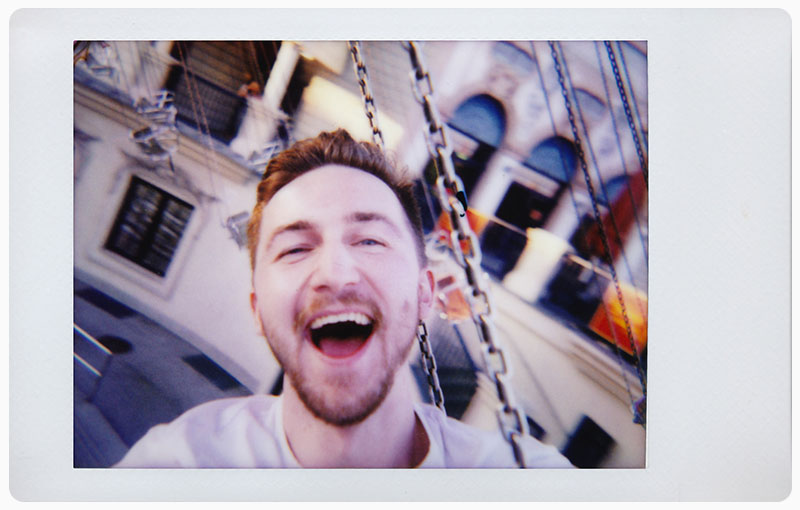 The world's first instant camera with a wide-angle glass lens.

English rapper, singer and songwriter, Tinie Tempah, recently celebrated the release of his new album, Youth. We gave him a Lomo’Instant Wide to document his Hackney house party, check out his wicked wide shots!

Our 2nd Most Watch Video from 2017— Wide Adventures

We Launch Our Very Own Lomo’Instant App

We wanted to make it easier to shoot, scan, and share your shots instantly so we invented the Lomo’Instant App. Capture perfectly-centered instant shots and turn them into a cool stop-motion video that can be shared online with this brand new App.

Hundreds of LomoAmigos Around the World

LomoAmigos are hand-picked from the Lomographic community and the photography industry worldwide. They’re uber creative people we know you’ll find inspiring, here’s a selection of our favorite creative contacts from 2017.

The Ones That Almost Got Away!

These awesome shots stacked up so many likes but very little love was show in their comment boxes. Check out these 2017 treasures we dug out and peruse the rest of these hidden, creative gems all over the Lomography community.

Our brand new, compact and complete Art Lens system that transformed SLR photography. Mix and match three different focal lengths (35mm, 50mm and 80mm) with a range of apertures and special aperture plates, to suit your style, mood, or subject. The Neptune Convertible Art Lens has unlimited potential, and we’re already designing a new 15mm lens component so you can shoot ultra-wide shots!

Ten years ago we rekindled our love for the classic 1960s Diana camera. We souped our darling Diana with tons more creative features, introduced a range of weird and wonderful lenses and accessories, and freshened up her look in so many ways with a whole hoard of clones, and mini mates. A true analogue icon, Diana is fo’ sho Lomography’s leading lady. To honour the esteemed occasion we even introduced a funk matte red and pastel blue design, complete with a rockin’ retro gold lens. Meet the new Diana F+ Ten Years of Diana Edition!

Our Favourite Dreamy Diana Shots Sent in by the Lomography Community

We rescued a big roll of 400 ASA film from a renowned Italian film manufacturer, then we left it to age like a fine wine. This resulted in a one-of-a-kind Color Negative emulsion with an X-Pro feel and Tungsten overtones. Check out the results in the Lomography Magazine.

Our Most Watched Video from 2017 – Konstruckting a Masterpiece

We introduced a chrome counterpart for the Daguerreotype Achromat 2.9/64 Art Lens. More than just a style update, it protects your lens from wear and tear.

It’s safe to say we were pretty busy in 2017 bringing you ever more innovative, and funky designs than ever before. We love what we do here at Lomography, and we hope you do too! Here’s to another fun-filled year in 2018, wahoo!