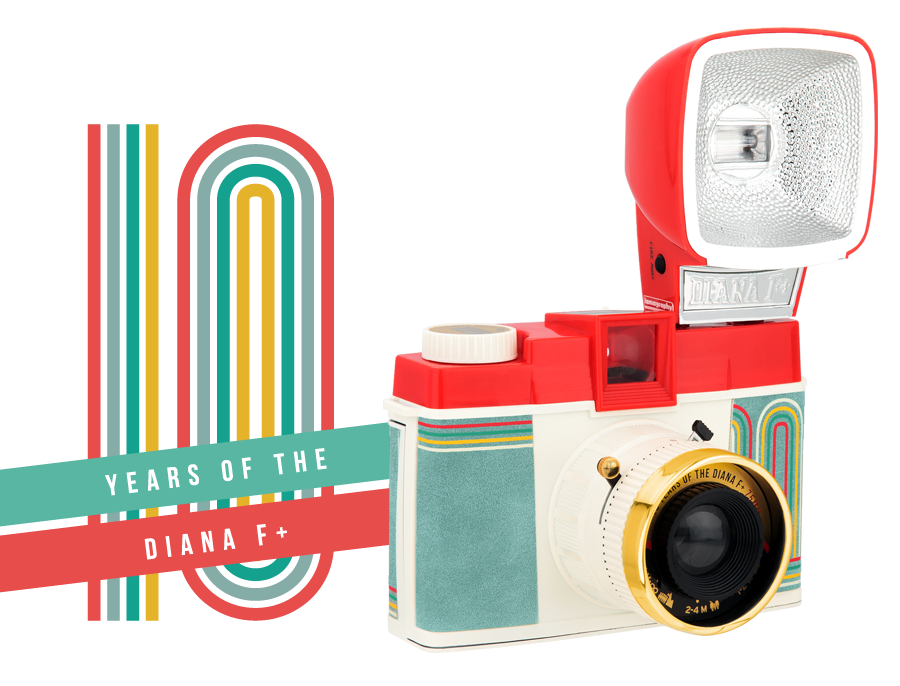 Celebrating 10 Years of the Diana F+

Inspiring the analogue community the world over, Diana F+ has doused our dreams in dazzling lo-fi lovability for ten tremendous years. And now it’s back with a brand new look. Inspired by classic 1960s American diners, our darling new Diana F+ 10 Years of Diana Edition comes in a gorgeous matte red and pastel blue design, complete with a rockin’ retro gold lens.

Tips & Tricks for your Diana F+

Mad Mods for your Diana F+

The Diana F+ is perfect for modifications because you can easily take it apart and put it back together again. Its endless potential for transformation gives you the chance to re-invent your Diana over and over again. Try out these mods and invent your own!