The Cosina CX-2, an inspiration for the Russian LOMO LC-A, is released. 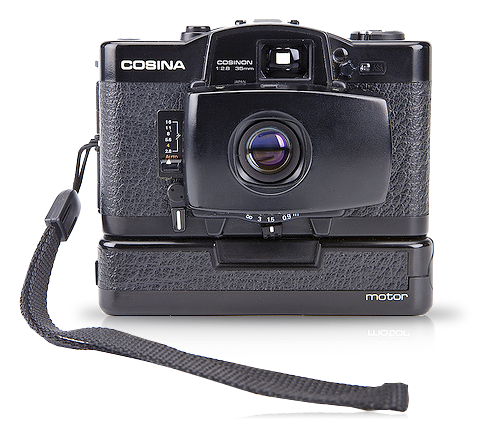 The whole Lomographic phenomenon began on a sunny St. Petersburg morning back in 1982. Two gentlemen examined a rather nifty little Japanese compact camera called the Cosina CX-2 and gave orders that an improved copy should be produced on mass for the Soviet people’s snapshooting pleasure.

The Lomo LC-A was, in truth, a real (and rather cheeky) copy of the Cosina. It was the greater potential of its sharp glass lens, extremely high light sensitivity and robust casing that impressed the USSR Minister of Defense and the Director of the LOMO Factory. Hence with some tweaking here and there – the LOMO LC-A was born. 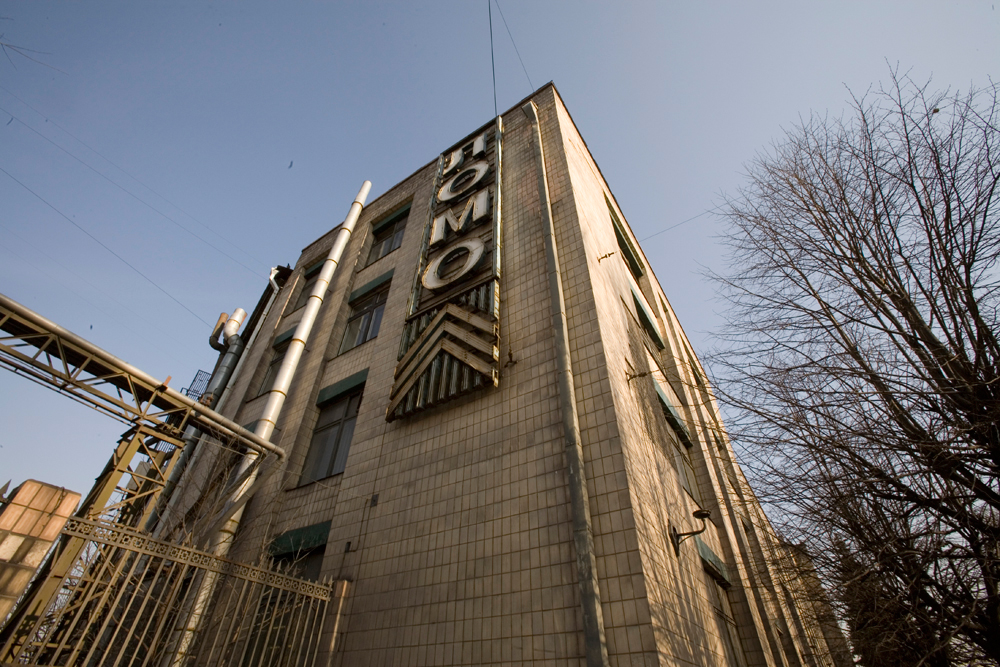 The first LOMO LC-A series went into mass production in 1984. Initially 1100 units were manufactured each month, solely for the Russian market.

Following this first series and the ramp up period, LOMO LC-A production was well underway. Up to 1200 people worked solely on the camera, 500 whom where assemblers.

The LOMO LC-A quickly found its way into the hearts and pockets of the photograph-enthused Russians and after a short time was exported to then Communist countries such as the Ukraine, Poland, Czechoslovakia and even Cuba. 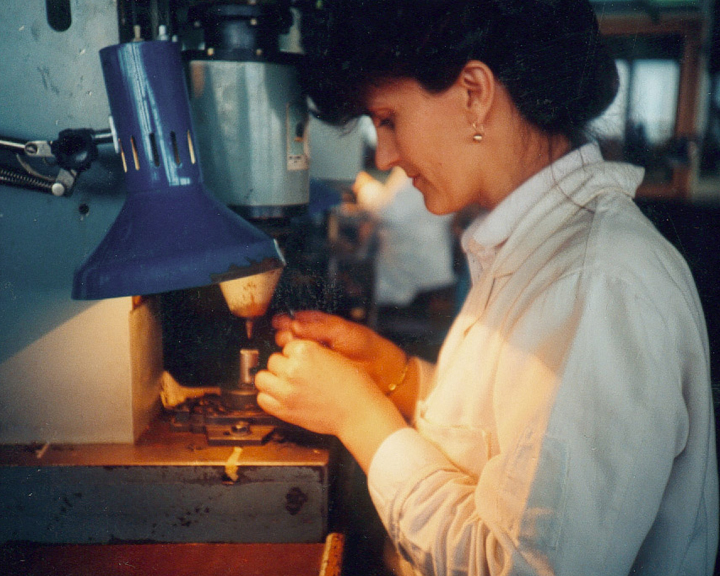 A group of Austrian students discover the LOMO LC-A in Prague, Czechoslovakia and their passion for relentless shooting with it begins.

Prague in May 1991. A handful of Viennese students wander through the capital taking in the newfound Czech democracy. By this time, the LC-A's days in the sun were coming to a close. Weakened by flashy imports from Asia, the LC-A was out of production and available only at quirky, old-school camera shops. It was at an establishment such as this where the Viennese students happened upon the adorable Lomo LC-A, and bought a couple for fun. On the streets of Prague, they zipped through their first few rolls of film; shooting from the hip, through their legs and even sometimes looking through the viewfinder. 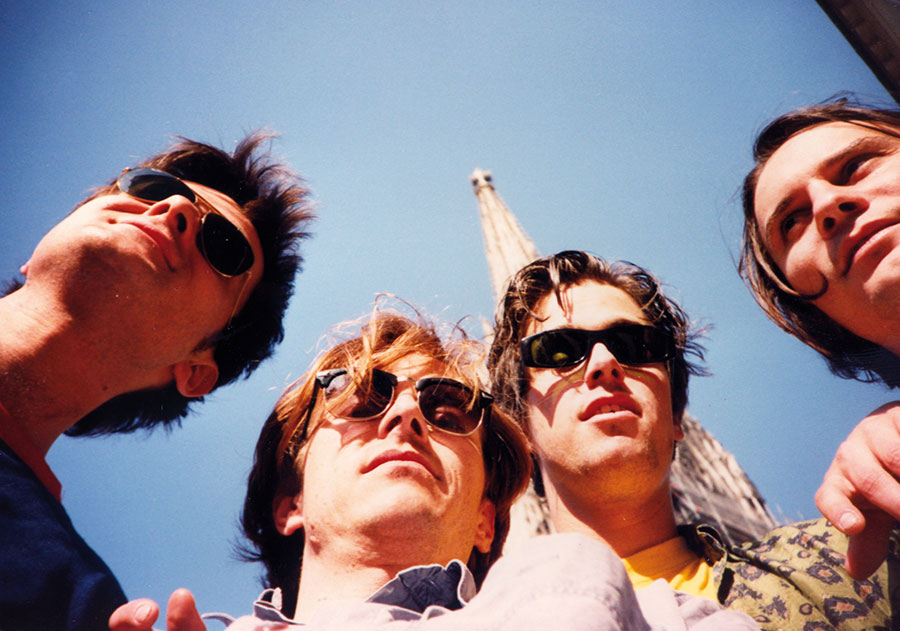 After seeing its incredible images, the demand on the streets for a LOMO camera exploded! Soon, the best sources (and worst-guarded security posts) of the former Eastern Bloc were employed for the clandestine import of these little wonders.

In 1992, the Lomographic Society (Lomographische Gesellschaft) was founded in Vienna, with the aim of spreading the message of Lomography throughout the globe. Exhibitions, "Lomo Embassies", parties, workshops and tours were begun to expose as many willing participants as possible to the Lomographic lifestyle. The whole progression was more spontaneous and reactive than could have ever been predicted.

There was one little problem with this gloriously expanding demand – an ever-diminishing supply of the LC-A. To find the solution, our intrepid "Wieners" journeyed to the horse's mouth - the LOMO Optics factory of St. Petersburg. Relating the news of the worldwide Lomographic explosion (and engaging in some hard negotiation), the Society members successfully convinced the LOMO factory heads and Mr. Vladimir Putin (the Vice Mayor of St. Petersburg at the time!) to begin full production of the amazing LC-A once again - ensuring that all the hungry Lomographers across the world would be guaranteed a steady supply of this Russian analogue wonder. 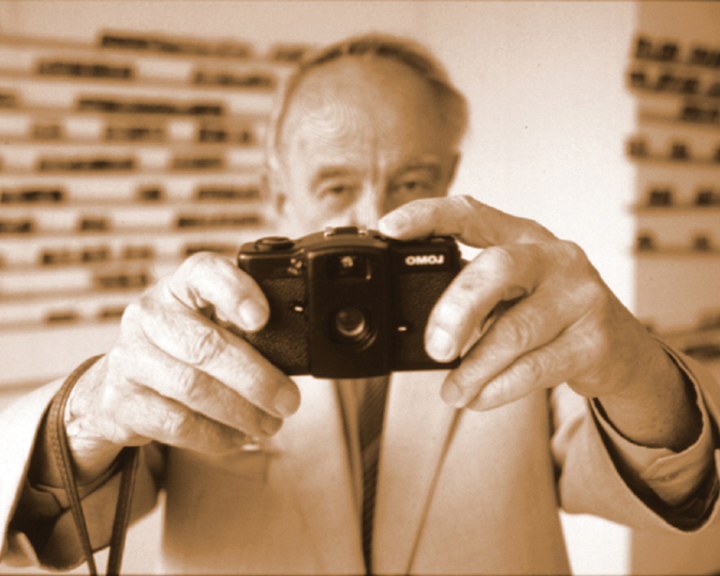 All camera production at LOMO PLC is stopped, including the LOMO LC-A in December 1994.

So it came to pass that from 1991 the demand for the LOMO LC-A experienced a gradual decline as fewer and fewer people in Russia could afford a camera.

In 1994, as only 30 employees were working on the LOMO LC-A, production of the camera was discontinued and the entire camera and film department was shut down.

Exactly at this point, just as the future of the LOMO PLC factory was more uncertain than ever and approximately 15,000 workers were forced to leave the company, a group of fresh-faced Lomographers went to Moscow to present an exhibition of their Lomographs. 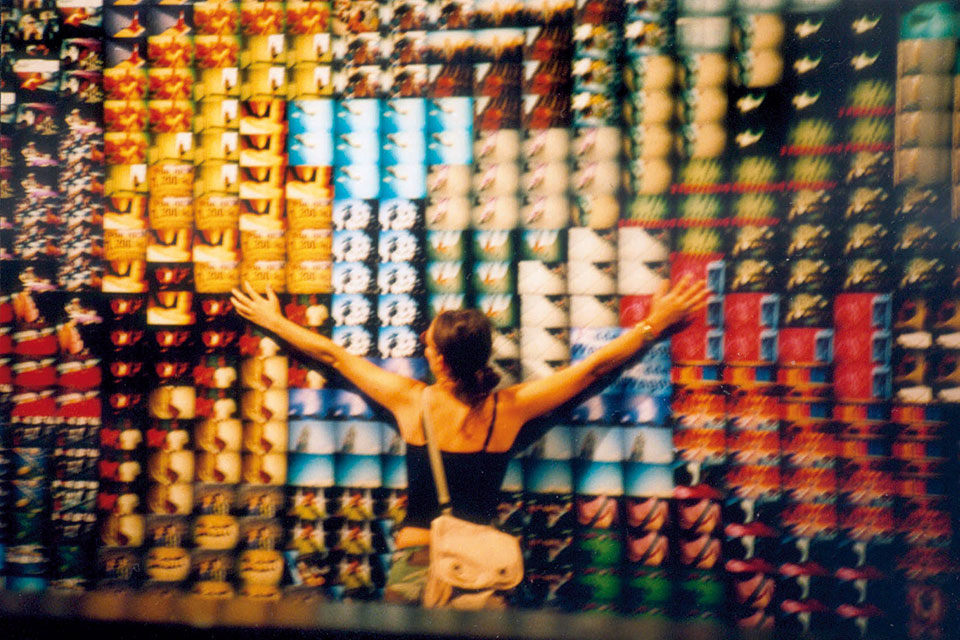 The future of the LOMO LC-A is negotiated in St Petersburg.

For the time being, LOMO PLC delivered 1000 cameras each month to Austria. However, as the young Austrian business grew quickly and the Lomographers demanded for more cameras, the price per camera was suddenly raised by 50% in St Petersburg! This was due to the fact that the former Soviet Union split, energy prices rose and production as a whole significantly changed for Russian enterprises, which were now in the capitalist world.

In order to afford LOMO LC-A production alone, LOMO PLC had to raise the price. As the Lomographers simply couldn't pay the new price, tough negotiations followed and, finally, ground to a halt. Something needed to be done. And so the Lomographers organized a full delegation, made an appointment with the Austrian Consul in St Petersburg and finally sat in front of the Vice-Mayor of St Petersburg - a friendly person named Vladimir Putin. The future Russian premier, Putin, convinced the LOMO PLC officials to recalculate the production of the camera again and finally each party agreed that production of the LOMO LC-A should at all points be maintained. 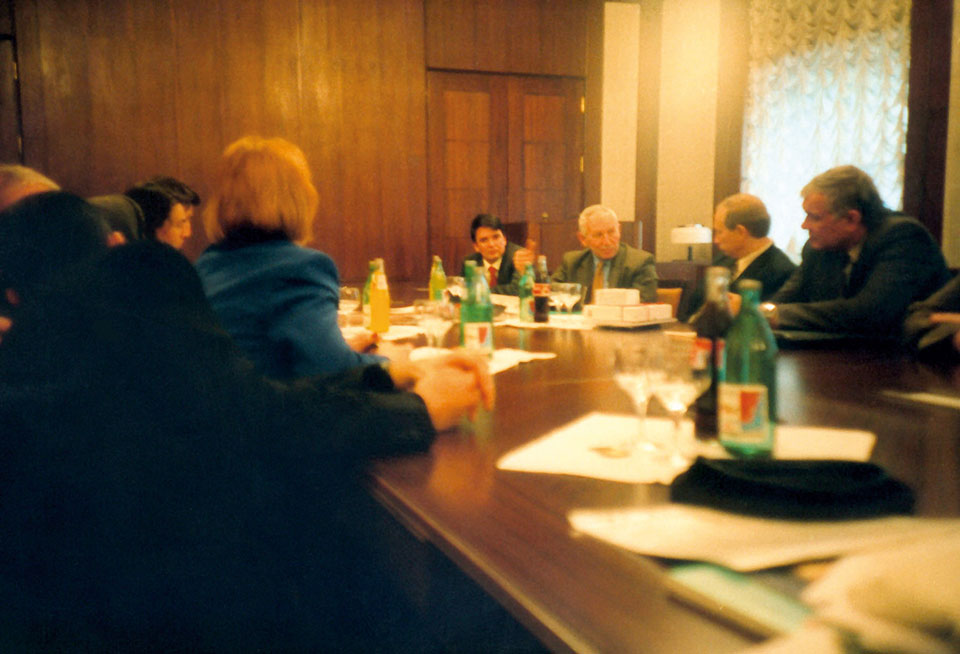 Production of the LOMO LC-A is secured.

Following the meetings in St Petersburg, LOMO PLC officials debated how they could still produce the camera at affordable costs. Even though most department leaders were against continuing production, the director general of the company finally gave the green light. Despite the increasing prices and effort required to keep the camera in production, the growing worldwide popularity of Lomography was also seen as a distinct advantage to LOMO PLC's global image. All possible changes to make camera production affordable for the Lomographers were made. As a result, production of the LOMO LC-A was resumed! 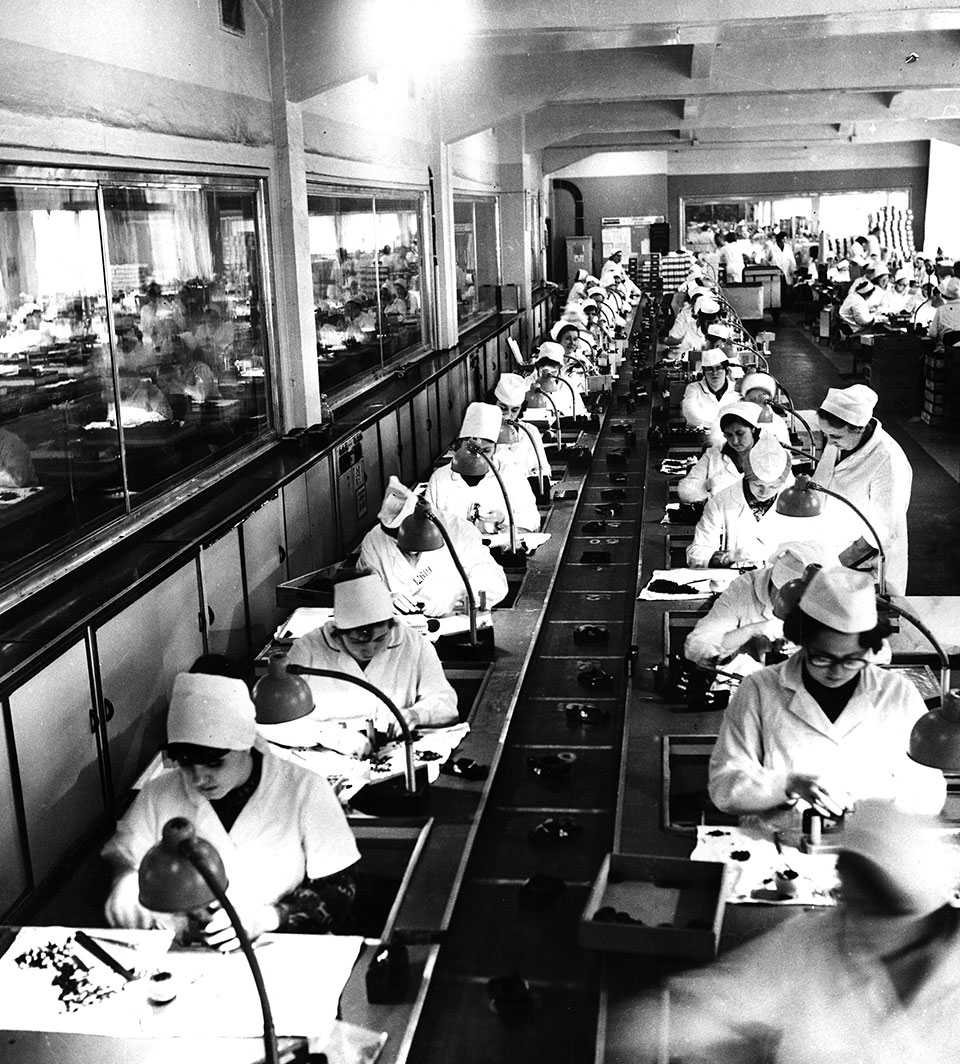 In early 2005, the Lomographic Society received some dire news. The LOMO Optical factory was to cease all production of the Lomo LC-A camera. As their overall production became more specific and high-tech, they could no longer support the small niche fabrication of a single (yet priceless) little camera. At first, the Lomographers were crushed by the news – but a plan soon came together. We would re-build a new Lomo - incorporating both the beloved features of the original and a host of new tricks. 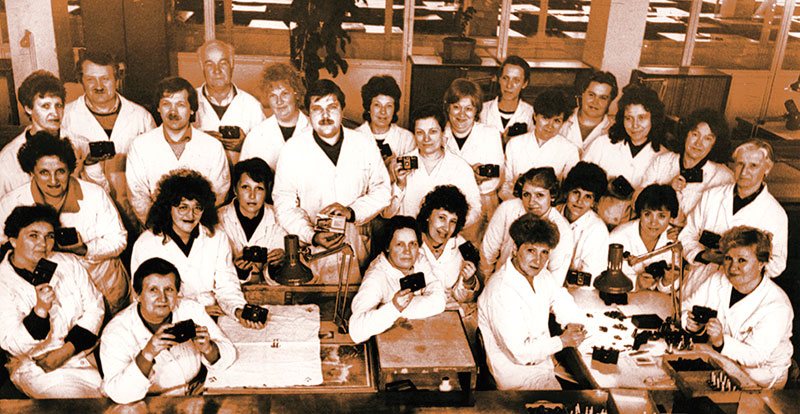 The LOMO LC-A+, presenting new features and enhancements to the original LOMO LC-A, is released.

The LOMO LC-A+ bears all the characteristic qualities of its ancestor plus new awesome features inspired directly by suggestions made by the global Lomographic community. The most remarkable new functions of the camera are a multiple exposure switch, enhanced ISO settings and a cable-release thread for long time exposures. One of the simplest but most imaginative innovations of the LOMO LC-A+ is that small slots are added on either side of the lens. Via these ‘front grooves’ plenty of clever accessories can be fitted, which extend the optics and possibilities of the camera.

This copy of a copy of a copy is now almost entirely produced in China. However, a small number of the legendary Minitar 1 lens cameras are still manufactured at LOMO PLC in St Petersburg. The camera is produced by the Lomographic Society and Colibri Manufacturers. The LOMO LC-A+ was first released in September 2006. Since June 2007, there is also a LOMO LC-A+ with a Made-in-China Minitar 1 lens available. Needless to say the clever Chinese copy of the Minitar 1 delivers 98% the same results as its original. 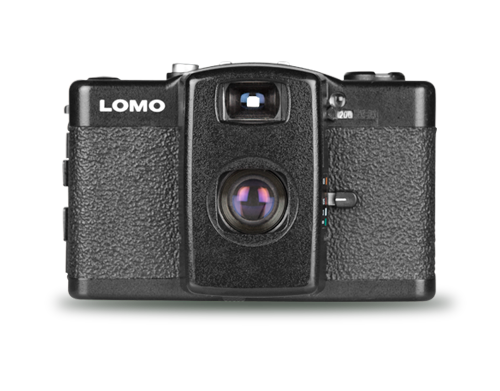 The LC-A's first 25 years were wholeheartedly celebrated with parties, projects, workshops and all manner of Lomographic happenings. 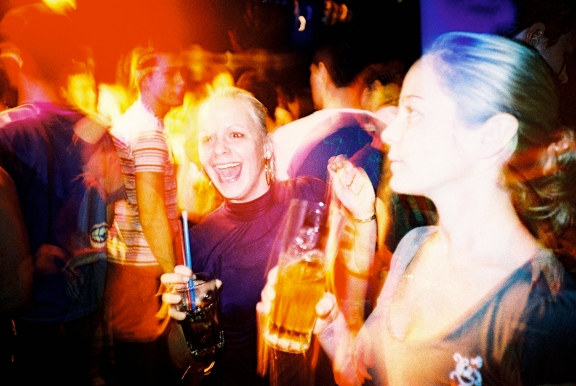 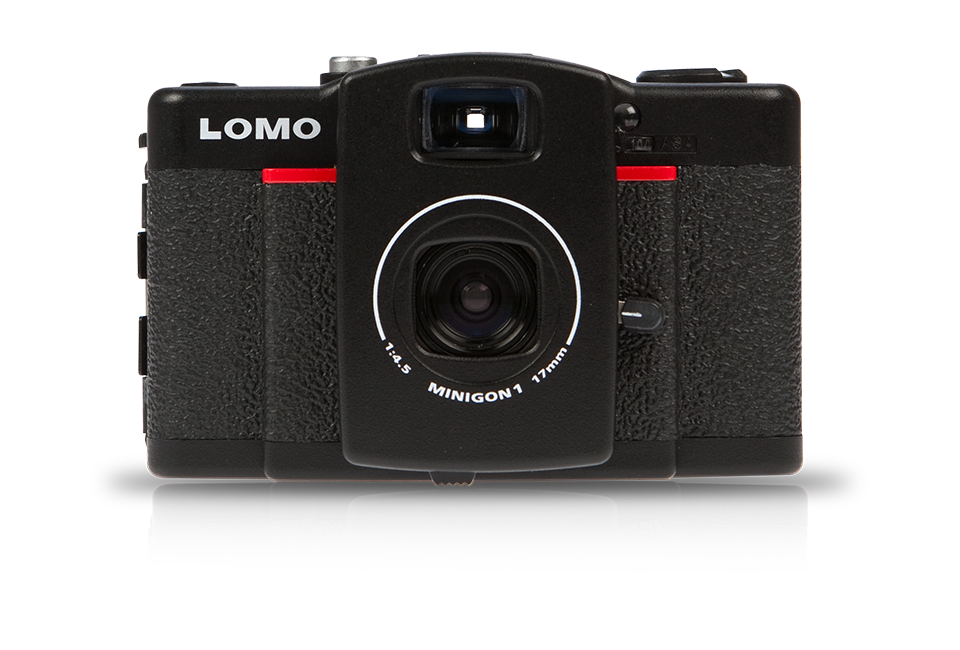 Learn More About The LC-A Story

The full riveting story can be found in the enormous and encyclopedic LC-A Big Book, along with literally thousands of LC-A photos taken from the world’s Lomographers and the Lomography Worldwide Archive.

Bursting with over 3,000 LC-A images collected from an online competition and the Lomography World Archive, this book is an unrivalled visual history and homage to this most of charismatic of analogue cameras.

Two years in the making, the LC-A Big Book brings together the complete, never-before-published, 25 year history of the LOMO LC-A. From its creation in 1980s St Petersburg, and the struggle to keep production going, through to its Lomographic rebirth in China as the beloved LOMO LC-A+. 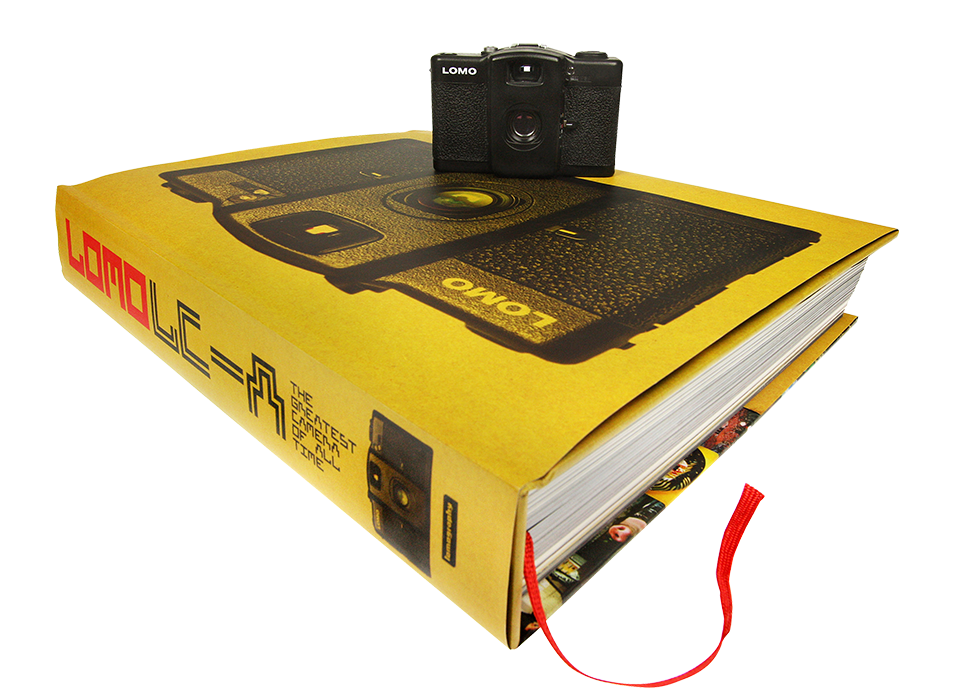