When it comes to the Lubitel Love manual of tips, tricks, and techniques, you and your fellow Lomographers will be the ones writing the book. As owner and primary Lomographic spouse to a new Lubitel+, you’ll surely explore its every nook and cranny, every knob and lever, and every setting and attachment in your quest for the most impossible images of the most impossible situations possible. When you happen upon a new discovery, a fancy shortcut, or a freaking mindblowing technique that no one had ever considered, then please try a little tenderness and share it with the Lomographic Community at large. A little donation in the love bank can pay you handsome dividends in the future! In the meantime, to get your love juices flowing, here are five “positions” that we’ve enjoyed many times. To see more tips & tricks see the tips section on the website! 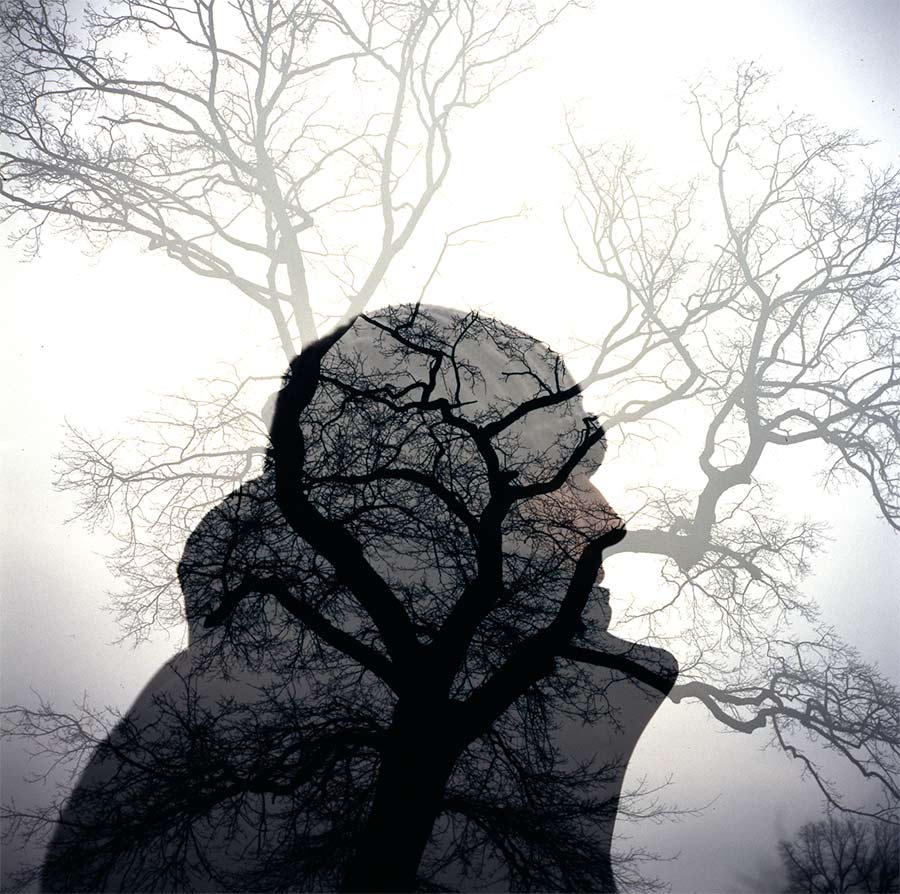 With the Lubitel+, you can fire as many times on the same frame as you like. Don’t take this lightly –this is powerful stuff! Fire it during the day to superimpose one subject on top of another. If it’s bright out, underexpose by two or three stops to prevent overexposure.

Shoot a subject normally and then flip the camera upside down to make the two halves reach out and touch each other. Use a combo of flash and non-flash exposures at night. Shoot a roll, rewind it, and give it to a friend to shoot in their camera (maybe even a different type of camera). Seriously folks, the possibilities are endless! 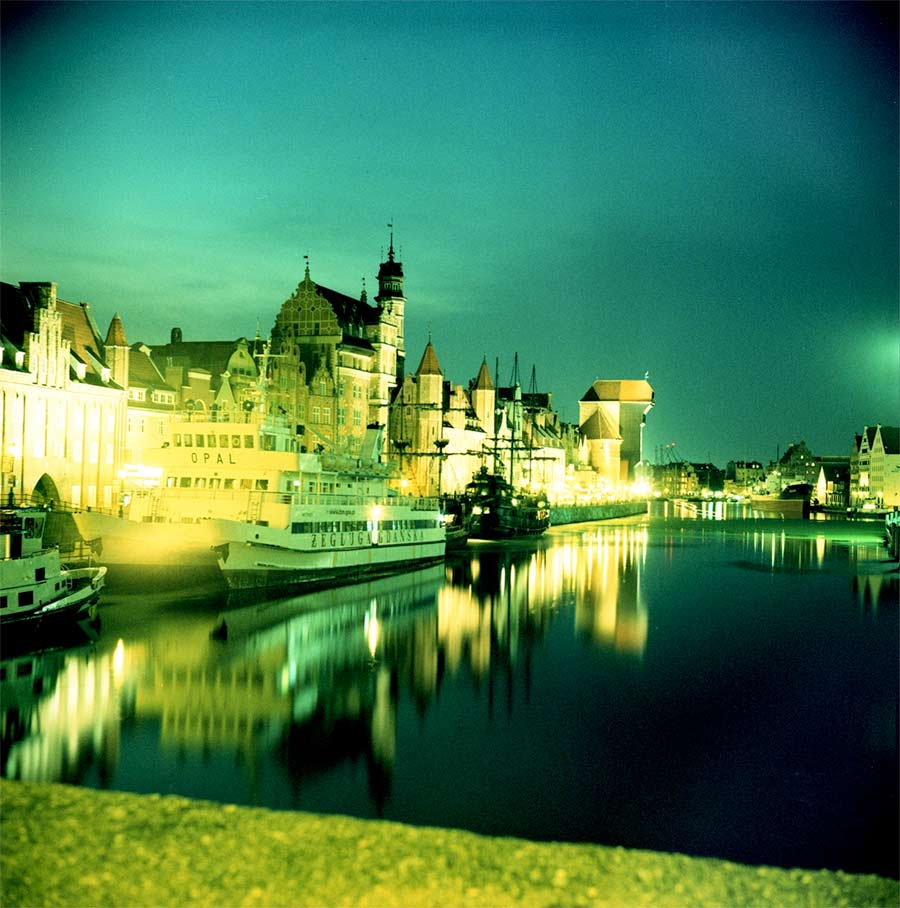 Long, Strong & Bound to Get it On

Few things compare to the sensation of viewing a tack-sharp and glowing-out-of-control long exposure image at night. Brilliant artificial lights, cars turned into streaming star trails, and moving people rendered as ghosts are just a few of the available delights.

If you’ve got time & equipment, then pop the Lubitel on a tripod and screw in a cable release for the sharpest possible image. If not, place the Lubitel+ on something sturdy, draw a breath, and press the shutter as smoothly as possible. If you’re shooting square images, then remember – your Lubitel can be standing up or pressed sideways against a wall – it doesn’t matter for the final shot! 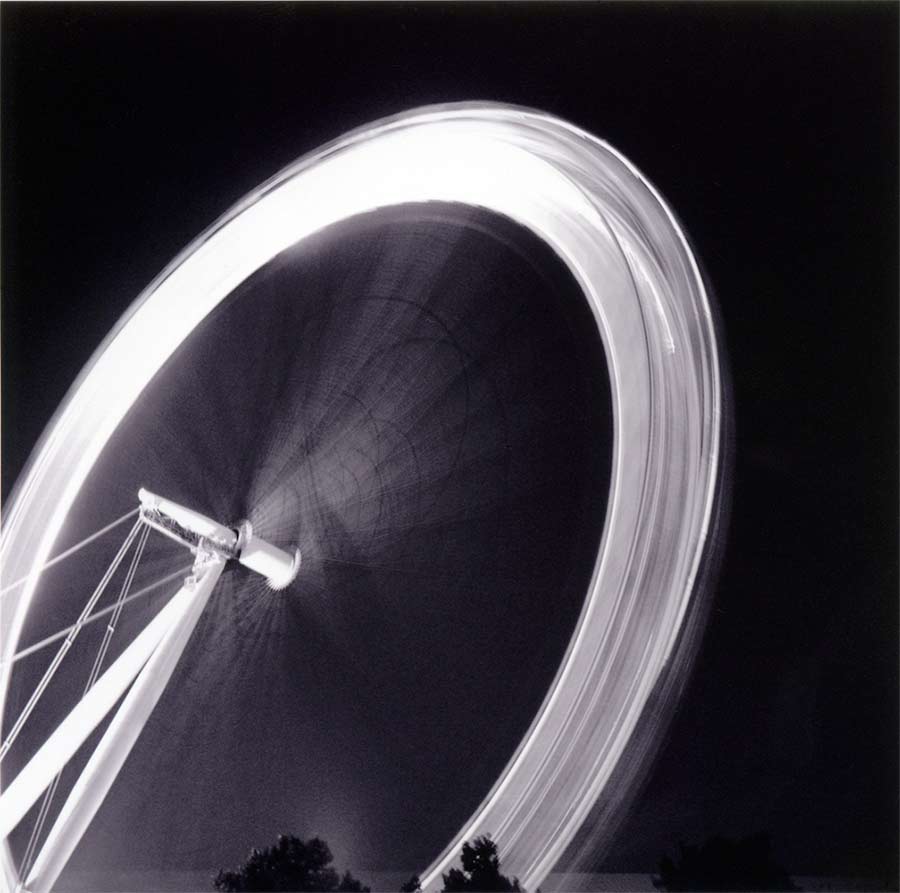 Light Up Their Life

The Lubitel’s handy hotshoe makes for easy flash shots. And its glass lens makes for seriously rich and detailed flash portraits. As such, you should explore every avenue for interesting artificial light images.

At night, put your shutter on “B,” hold it open, and fire the a flash manually off camera to illuminate your subject from the side, top, or bottom – casting all kinds of interesting shadows across their face. Or keep that shutter open and use a flashlight or mini-led to literally “trace” them with streams of light. 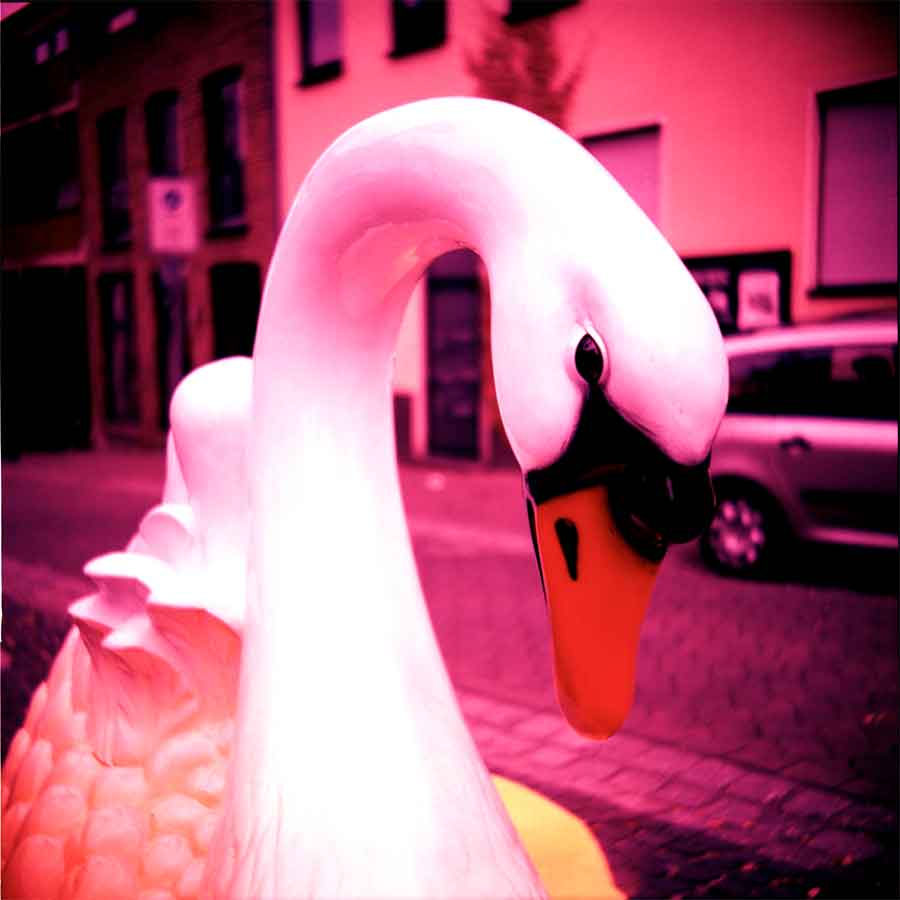 Slide film is great for scanning and treating your folks to charming projection shows, but any Lomographer worth his/her chops will tell you that cross-processing (developing slide film in negative chemicals) is the freaking bees knees.

It takes that lovely and sublime slide image that might-have-been and blows it out into a hyper-saturated, insanely contrasted, and wildly color-shifted little jewel. The results are wonderfully unpredictable, and vary from film type to film type and from lab to lab. You quite literally never really know what you’re gonna get. For really understated and grainy images, you can also do the reverse (process negative film in slide chemicals). 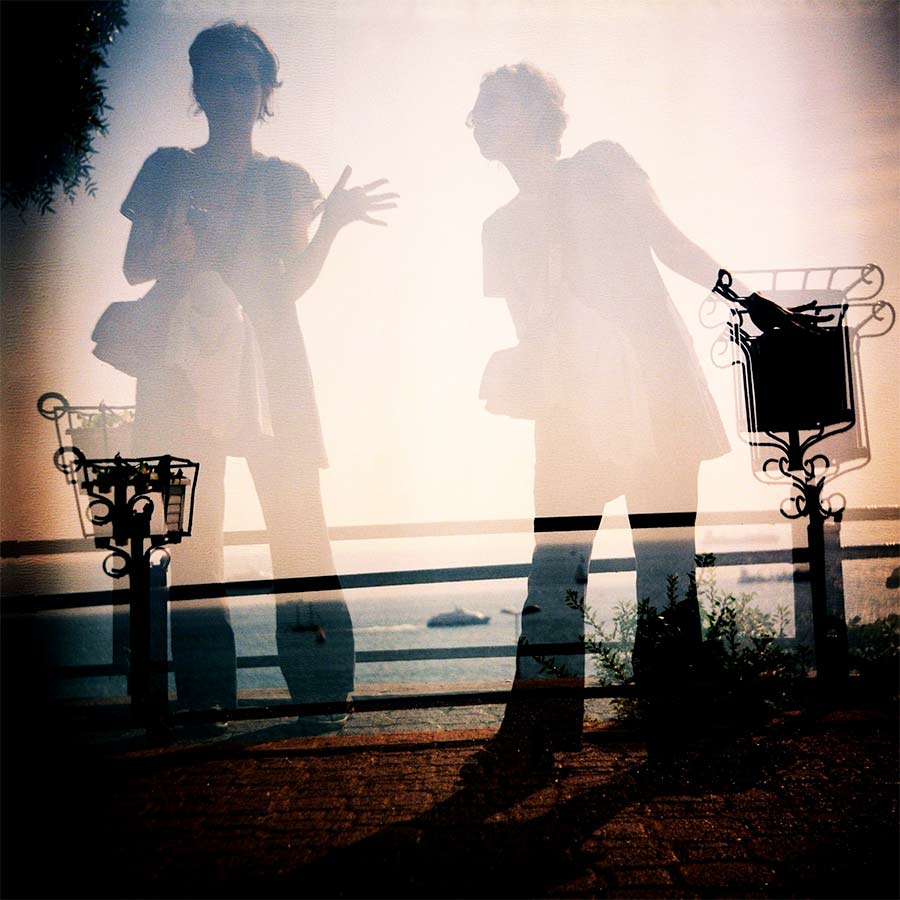 A beautiful aspect of the Lubitel is that the shutter and advance are not coupled. Sure, you can shoot a frame, look at the little numbers in the back, and advance to the exact start of the next one. But try shooting a roll blind.

Take a photo and advance a little bit – whatever you think is proper – and shoot again. Take a far subject and then - immediately after – a close subject. Your ultimate goal should be an enormous, unpredictable, multi-exposed, and overlapping serial image.

Toss in a flash here or there, and change the orientation of the camera. Use slide film with normal slide processing for extra-easy scanning after development. 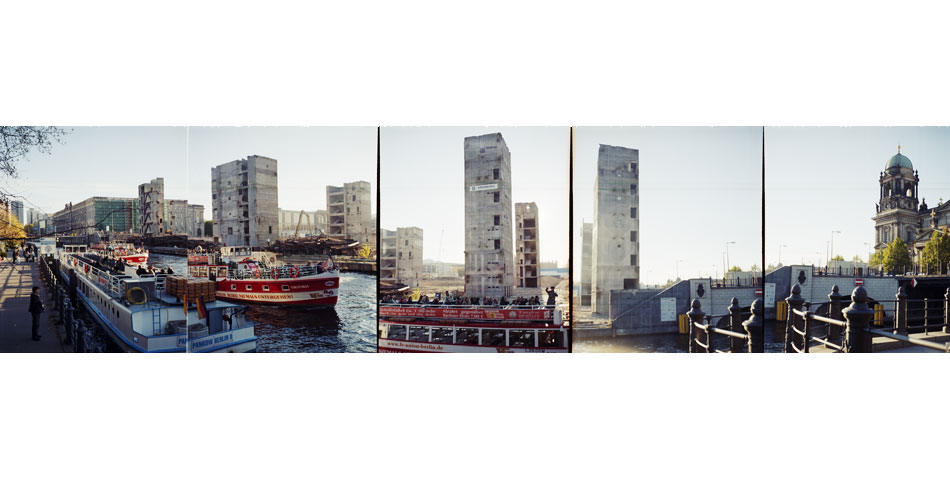 You simply can’t get enough of the panorama stuff. Take it to the extreme and double expose one panorama with another! The numbers indicating the shots make it super-easy to go back to where the first panorama started and you just can add another layer of widespread chaos. 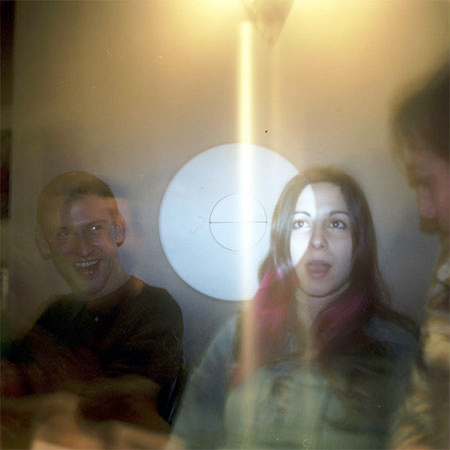 Flash Em Through The Viewfinder

Heres a special technique for you to shoot from the waist. Size up your subject, dial in the right focus and exposure settings, and point an electronic flash (like our Diana flash) right through the waist-level viewfinder and flash your subject through the Lubitel lens. 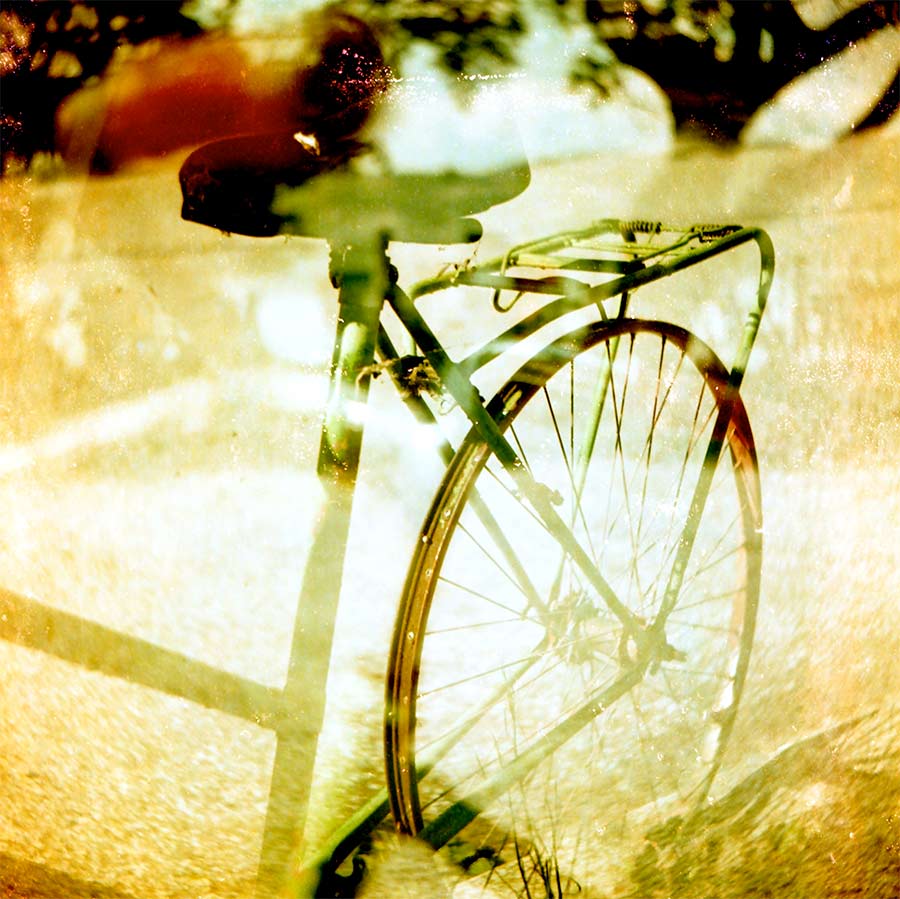 Double Expose with Other Cameras

Given the Lubitels twin nature of 35mm and 120 and its totally unique ability to rewind a 120 roll - its uniquely suited to absolutely freaking amazing results when fresh rolls of Lubitel shots are unloaded and shot through another camera, or vice-versa. Let us show you some of the greatest hits. 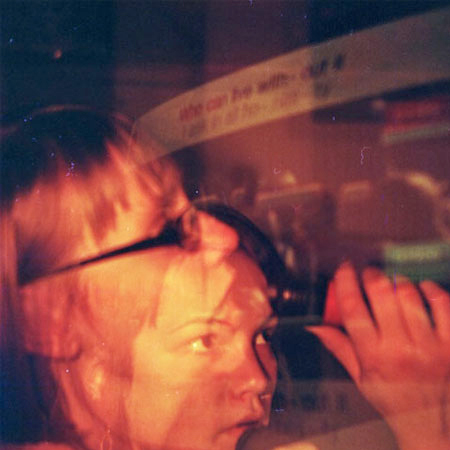 A great way of using your Lubitel+ is adding a Holgon strobe flash! Use the b-setting and a small aperture (f.5,6), so your pictures are not overexposed. I like to add the lomo cable release, so I have the free hand I need for one of the techniques...

There are two different ways:

1: Just take shots as usual in bulb- mode. You'll get crazy results on one frame, the same objects many times and repetitions of itself.

2: Advance the film! Load the camera, add the cable release, darken the room, load the flash and shoot. While the flash is firing, advance the film bit by bit, so you'll get an endless overlapping shot, looking like an ultra long Superampler shot. You can arrange people around you in a circle and turn, turn, turn. There are surely more strobe- techniques. just try...! 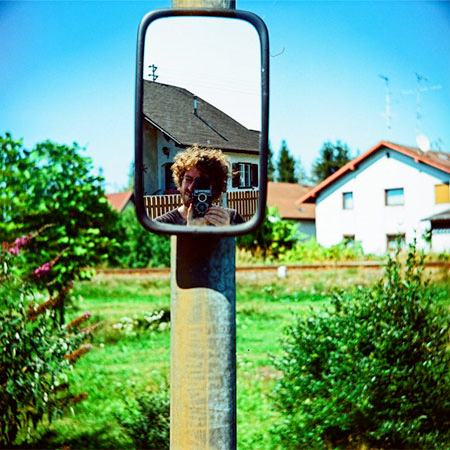 Mirrors are Your Friend

Here is the equivalent of dipping your toes into the freezing water of the unknown. Many self-portraits newbies had their start by catching their reflection in a nearby mirror. Hunt out different shapes (round, square, convex, funhouse) and qualities (clean, streaky, dirty as hell) of mirrors to vary the effect. Try not to always cover your face with the camera - so we can sometimes see those pretty eyes! 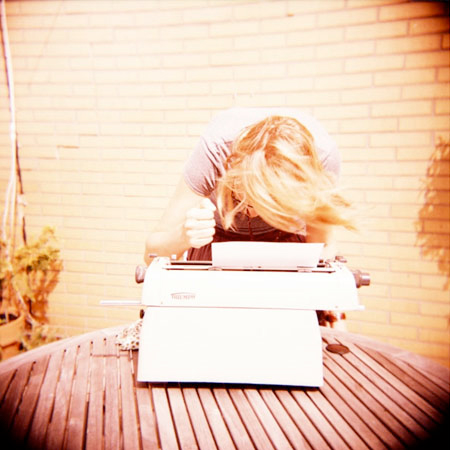 Get out the Props

Hats, goggles, shades, bat ears, small puppies, Victorian-collared shirts, todays meatloaf lunch, and creepy translucent masks are but a few things at your disposal to spice up your self-portrait. Toss in an object that deeply represents your personality - or something that just happened to be on the bench next to you. 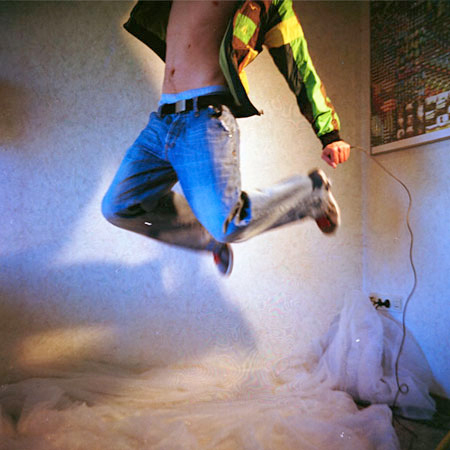 Self-portraits of hands, arms, feet, legs, chests, butts, and other unmentionables count as well. Give your other body parts a chance to shine every now and then. The - look where my feet are standing - theme is an especially popular one.